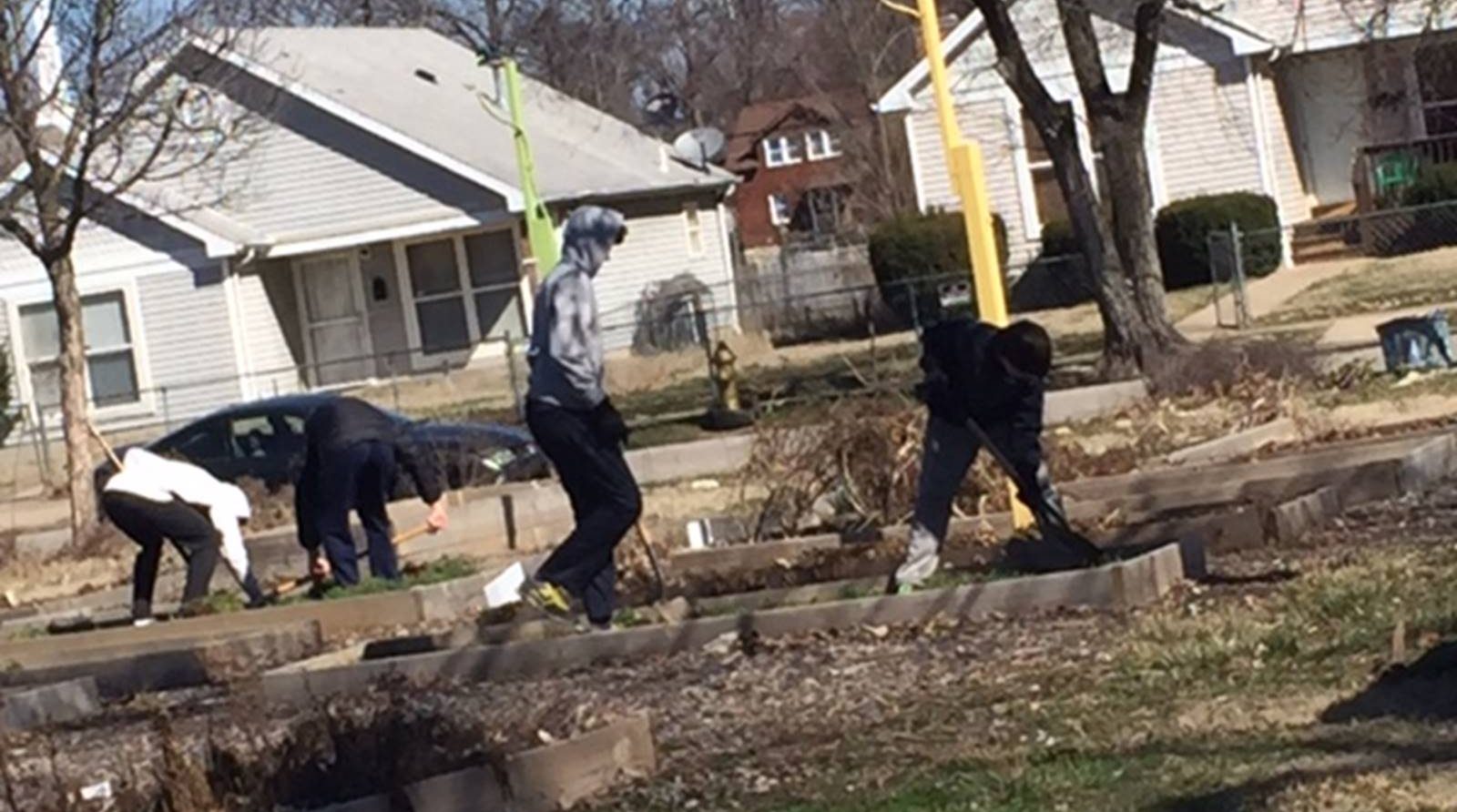 Led by Coach Jim Grady, both teams worked together to supplement an existing project conducted by Saint Louis University to revitalize and rebuild the Ville Neighborhood. The boys’ teams painted the inside of the Claver house and worked outside to clean the exterior. They also landscaped the local garden and park area in the neighborhood.

“I’m really proud of the boys on both of our teams,” said Coach Jim Grady. “The high school age is a tough age group since lots of them have weekend jobs and other outside commitments. But they cleared their schedules and we had an excellent turnout from both teams.  The most important point is that our guys helped in a part of our community that needs the help.  But they were also able to interact with each other off the field which doesn’t happen that often. That goes a long way toward building team chemistry.”

“It opened my eyes to how difficult life is for other people,” said Zak Mitra, 01 Premier Green. “I think it was important for us to come together as a team to help other parts of the community. I thought it was a great experience.”